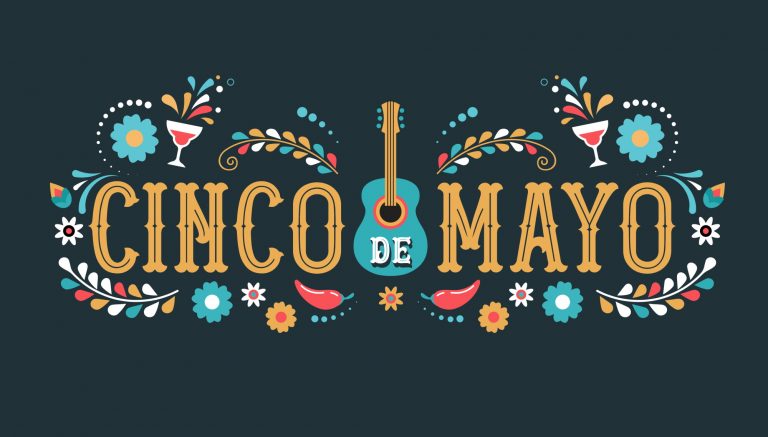 Here in the United States we are happy to have a reason to party. Cinco de Mayo is one of those celebrations that many of us get into, because we love many things about Mexico, including its people and their great food and drinks.

But what are we actually celebrating on Cinco de Mayo? Let’s take a look at some facts that you probably didn’t know about this celebration.

Although many of us use it as a good reason to drink margaritas and eat all the nachos and guacamole we can, the celebration has some deep roots in Mexican history. This year, as you prepare for the party, consider these fun facts about Cinco de Mayo.

Before we move on to the facts, let’s brush up on a bit of history. Specifically, what Cinco de Mayo is about. You’ve probably heard that that was a date on which Mexican troops won an important battle. This was called the Battle of Puebla.

The year was 1861. Mexico was near financial bankruptcy, caused by the civil war between Mexican President Benito Juarez’s Liberals and the Conservatives. This forced President Juarez to declare the country incapable of paying the large debt they had incurred with European countries for two years.

Spain, Britain, and France were obviously not happy to hear this, and got together in London to agree on sending troops to Mexico to get their money back, one way or another. Naval forces from the three countries landed in Veracruz, Mexico. Spain and Britain cut a deal with Mexico, and left peacefully. But France had other plans.

Napoleon III (not the one with the complex), ruler of France, decided to take advantage of the situation to wage war against Mexico, with the goal of converting it into a portion of the “French Empire.”

They were opposed by a poorly equipped army of 4,000 Mexicans Benito Juarez had sent from the North, led by General Ignacio Zaragoza. On May 5, 1862, the French assaulted the heavily outnumbered and unprepared Mexican troops. Victory for the French was a certainty, until it wasn’t.

Not only did the Mexican army win the battle, they did so decisively.

This victory sparked a high sense of pride and nationality across all the Mexican territories. It showed the world that Mexicans were not to be messed with.

We’ll be adding some more historical details as we go through these 10 Cinco de Mayo facts that will make you the most fun one at the celebration.

Independence from Spanish rule happened 50 years before the Battle of Puebla. Independence Day in Mexico is celebrated on September 16.

Mexico’s Independence Day commemorates the “Cry of Dolores,” which started the independence war against Spain in 1810. This Grito de Dolores occurred when Roman Catholic priest Miguel Hidalgo y Costilla rang his bell to call to arms and get the Mexican Independence war started.

Every year, the President reenacts this event during Independence Day using the same bell the priest used in 1810.

The Mexicans did win this battle, but they did not win the war. Napoleon III later returned in stronger force, seized Mexican armies, and installed Emperor Maximilian I as ruler.

But the good news is that this French Empire lasted only three years, from 1864 to 1867. It was this year that defenestrated President Benito Juarez claimed Mexico City back and installed a new government.

3. More People Celebrate Cinco de Mayo in the U.S. Than in Mexico

In Mexico, the holiday is mainly celebrated in Puebla and Veracruz. There is no school that day, and locals re-enact the war in costumes in beautiful parades. They celebrate with singing and dancing.

Although it is taught as an important event, the rest of the country doesn’t often celebrate this date.

4. The U.S. and Mexico Are Not the Only Places That Celebrate Cinco de Mayo

Cinco de Mayo celebrations do not only happen in the U.S. and Mexico. Other countries celebrate this date as well.

In Canada, pubs serve Mexican food and drinks that day. A famous Canadian celebration is the hosting of “skydiving boogie” that includes incredible acrobatics.

The Cayman Islands have an annual air guitar competition at the local Hard Rock Cafe. It is celebrated on the date, but it is hardly a celebration of Mexican heritage. However, there is a lot of drinking, American cuisine, and live music.

You thought the Japanese did not know how to party? Cinco de Mayo is one of the Western celebrations held in Japan to appreciate the cuisine, culture, music, and fun. The celebration takes place in Tokyo with a large festival.

5. Cinco de Mayo Became Popular in the U.S. Thanks to Political and Marketing Moves

Until 1933, Cinco de Mayo was unheard of in the US, except California. In that year, President Franklin created the “Good Neighbor Policy” to improve relationships with Latin American countries.

Before that, starting in 1863, Mexicans in California would celebrate the victory. Cue in the Chicano Movement in the 1940s, and by the 1950s and 1960s, the celebration began to cross over from California to the rest of the country.

Companies, realizing the marketing possibilities, started promoting the celebration in the 1980s.  Beer companies were one of the main promoters.

To this day, there are more than 150 events held, mostly in cities with the largest Mexican-American populations. So, thank you, Corona!

For many years, “L.A. Fiesta Broadway” was the largest and wildest Cinco de Mayo celebration. In 1992, it reported an estimated 600,000 attendees on the streets. There were so many people celebrating Mexican heritage with crafts, music, and lots of beer and tequila, that some serious disturbances took place in 1994.

Before the Coronavirus pandemic, the celebration went from covering 36 blocks around Broadway to about six blocks around the Civic Center. A story from 2016 showed how much smaller the fiesta is now.

Other parties have taken the lead on being the largest celebration. The Denver Cinco de Mayo Festival boasts around 400,000 attendees annually.

7. America Did Not Help During Cinco de Mayo but Did Help Get Rid of the French Occupation

This is definitely a Mexican celebration, and it’s great that Americans gather to celebrate the rich Mexican heritage. It is important to note that Americans are not entirely uninvolved in the historical events around Cinco de Mayo.

Remember how despite the massive victory in the Battle of Puebla, Napoleon III still defeated Mexican forces? This was in 1864. By 1865 the American Civil War was over and the United States was assisting Mexico to expel the French, which happened in 1867.

8. Cinco de Mayo Victory Was Actually Important to the U.S. Too

Keep in mind that the Battle of Puebla, which Cinco de Mayo celebrates, occurred in 1862. At the same time the US was involved in the American Civil War.

Many historians believe that if the Mexican army had not defeated the French in this battle, Napoleon III would have gone on to aid the Confederate States of America. Had this happened, it could have had a serious effect on the war.

The great food is one of the most anticipated activities during a good Cinco de Mayo celebration. You see tacos, enchiladas and guacamole, and boy, are they delicious!

But the traditional Cinco de Mayo dish is none of those. Invented in the late 17th century, the mole poblano is a bitter chocolate cream with chili peppers and other spices. In Mexico, it is served with chicken, and they usually eat it with rice.

Although it’s not very popular in the US, some authentic Mexican restaurants offer it on their menu. The color of the mole sauce may be a little intimidating the first time you try it, but it is a delicious meal.

10. The Celebration Has Its Colors

Those colors are the same ones found on the Mexican flag: red, white, and green.

The red represents the blood of thousands of heroes that have died protecting the land. The white stands for peace and unity, while the green is a representation of hope.

If you want to properly represent these colors during this Cinco de Mayo, try Chiles en Nogada. This is a popular Mexican dish made of red pomegranates, white sauce, and green chiles.

Now that you know what Cinco de Mayo is about, you can enjoy it in the light of what it means and represents. It is a celebration of Mexican culture and history.

We hope you enjoyed this article as much as we enjoyed sharing it with you.