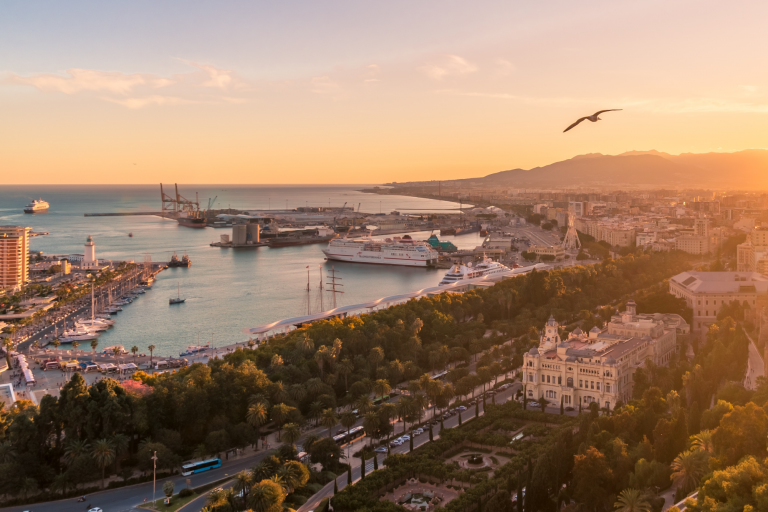 When you are learning Spanish it is very beneficial to have a basic set of phrases and vocabulary that you can rely on to get you through the majority of situations when speaking to native speakers. We call this a Spanish Conversation Toolkit.

Think of it like a mental backpack filled with useful tools that will help you get through situations where your skill in Spanish speaking isn’t quite cutting it.

This is also useful for people that are going to be travelling in a Spanish-speaking country, and just want to pick up a minimal set of Spanish phrases and expressions to help them out during their travels.

Below you will find them, organized by the situations in which you’d find them useful. Click on the Spanish to hear it pronounced.

Having Trouble Understanding Someone

This one’s at the top of the list because this is a very common problem. If you’ve been studying Spanish in an educational setting, using the Internet, or in a mobile app such as Camino, then you are used to hearing pretty clean and well pronounced Spanish.

As you may have already found out, once you get into a real world Spanish-speaking situation it can be hard to understand what someone is saying, especially if they are a native speaker. On top of that, every region of the world speaks Spanish in their own dialect (style) of the language, often making it even more difficult to understand what is being said.

In these situations, you should learn how to ask them to repeat what they said.

In this same situation, sometimes you have to ask the speaker to slow down their speech so you have a better chance of understanding what they are saying.

Asking How to Say Something in Spanish

It can take years to build up a strong Spanish vocabulary. Even when you have reached advanced levels there will be words or verbs that you don’t know yet.

For this situation you can ask how to say something in Spanish.

In this format you want to replace the word [thing] with the English word that you are trying to say in Spanish. Obviously, this will only work if the person you are talking to speaks some English.

The other way you can do it is to point at, describe, or simulate what you are trying to say.

Asking if Someone Speaks English

If you need to find out if someone can speak to you in English, you can use this simple phrase.

¿Habla inglés?
(Do you speak English?)

Especially useful when traveling and visiting new places, asking for directions is pretty straightforward in Spanish.

For example, this is how you would ask for something specific, such as the bathroom in a restaurant that you are in.

¿Dónde está el baño?
(Where is the bathroom?)

If you are instead asking where something generic is, such as the nearest gas station then you’d ask a little differently, typically using “hay” instead of “está.”

¿Dónde hay una gasolinera?
(Where is a gas station?)

If you are a tourist in a Spanish-speaking country then you will likely be buying things and going out to eat occasionally. Here are some phrases to help you in those situations.

¿Cuánto cuesta?
(How much does it cost?)

Add the object you are asking about to be specific.

¿Cuánto cuesta una cerveza?
(How much does a beer cost?)

Greetings and Goodbyes in Spanish

The following are the most common greetings that are understood in every Spanish-speaking country.

Mucho gusto.
(Nice to meet you.)

On the other side, the following are some ways of saying goodbye in Spanish.

Asking and Thanking Someone in Spanish

Some ways to ask for something and give thanks in Spanish are as follows.

Example: ¿Puedes ayudarme por favor?
(Can you help me please?)

Muchas gracias.
(Thank you very much.)

Here’s some ways to respond to someone that has thanked you in Spanish.

No se preocupe.
(Don’t mention it.)

No hay problema.
(No problem.)

Saying “Excuse Me” and “Sorry” in Spanish

Here’s how to say the equivalent of these expressions in Spanish.

If you study and remember the expressions in this post then they will be very helpful to you as you use Spanish in real world situations.

Remember, the key to learning Spanish is practice and consistency. Our mobile app, Camino, has lots of free lessons, drills and flashcards that cover the topics found in this article, plus much more.