Why We Made Our Own Mobile App 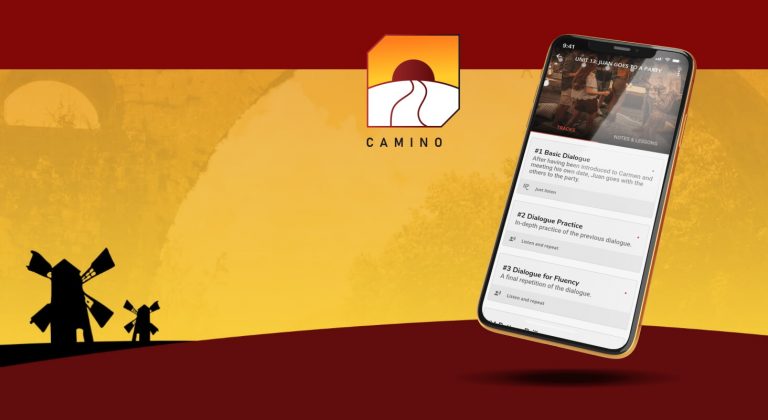 We were pretty late to join the language learning app game. I suppose that’s an understatement considering the other apps started appearing more than ten years ago, and we just showed up with ours in June.

One of the first questions a person would ask could be, “why even make a new app for learning Spanish?” At this point, the other apps must have it pretty much polished, right?

The interesting thing is that they don’t.

If you have tried other apps to learn Spanish, you’ve probably noticed a few areas that they fall short:

If you’ve tried some of the other apps out there, you’ve noticed that they try to make language learning with their app a little bit like jumping through hoops.

They ask you to learn something new, such as the word “niña” (girl). Then they ask you to prove that you know what it means.  You see two pictures, one of a girl and one of a boy. If you tap on the boy you are told you are incorrect. If you tap on the girl you are told you are correct, and you hear a satisfying “ding!” noise. Maybe you even get a nice badge for being such a good Spanish student.

This is gamified language learning.

There’s no problem with this type of app itself. A lot of people find it a fun and rewarding type of system. It is, after all, designed to keep you coming back.

The problem is that it’s not an effective way to learn a language. That’s not just my opinion, that’s the opinion of many of the people that come to us to learn Spanish.

Many of our customers have completed entire courses and apps like this. They jumped through all the hoops, finished all the levels, and won all the badges. Their understanding of vocabulary, tenses and conjugation improved, but when put in a situation to speak Spanish in a Spanish-speaking environment they come up blank.

Why is this? How can someone go through an entire course, spend months completing its lessons and winning its badges, but then find that they can’t speak the language when they needed to?

Immersion is key to becoming conversational or fluent in a language.

Trying to learn a language without being immersed in it is like trying to learn to swim by reading about it in a book. You’ll get some good information, but once you jump in the pool that book will only be useful to you if it floats.

I’m not saying the apps out there don’t make you listen to Spanish. They do, but it’s in short little sessions, often nothing that could be considered a conversation.

To be immersed you need to be surrounded by the language. You need to move out of the shallow water and into the area where your feet can no longer touch the bottom. It’s only once you are there that you will begin to swim on your own.

The more you are immersed, the better you will get at speaking Spanish.

Every app I’ve seen requires your mental and visual focus to be on the app while you are using it. For apps that require your interaction it is clearly necessary. It would be dangerous to try to use these apps while doing other things such as driving, walking, exercising, and so on.

However, Spanish is a spoken language. It is clearly suited to be spoken and listened to while not focusing on a screen.

You can imagine how much more practice and study of Spanish you could have if there was an app that allowed you to use it without having to look at and interact with it on the device the entire time.

Why We Created Camino

These seemed like real drawbacks to us. With the technology available to us and these great mobile devices that so many of us now have, why weren’t any of these apps doing more to make an product that could successfully teach a person Spanish, and also address the limitations I described earlier?

So, we created our own app, and we called it Camino. We designed it to address all the issues I described above, and I’ll tell you how.

It Is Not Gamified

Camino provides you with challenges to test your comprehension and ability to form Spanish as you progress, but it was designed so that it doesn’t wait for your input before moving on.

Camino does this so that you can have the two things that are missing from the other apps: an immersive experience, and the ability to learn without focusing on the app.

It Immerses You in Spanish

Every unit of Camino will immerse you in Spanish. Through conversations, drills, replacement exercises, translation exercises and all the other types of lessons that are provided, you are hearing, speaking and learning Spanish as it’s spoken by native speakers.

On top of this, throughout the entire course you are following the story of an American starting a new life in a Spanish speaking country. In all units in the app you will hear more about him and his life as he makes friends and begins to get accustomed to a new culture and lifestyle.

It Doesn’t Require Your Focus

Camino always has something visual for you to focus on and to help you learn Spanish while you are viewing it on a device. However, one of the features we are most proud of is that it is designed to be used 100% in a listen-only environment as well.

There is not a single unit of the main course of Camino that cannot be learned effectively in listen-only mode.

In fact, we made a special setting in the app for this. It allows you to lock down the app so you don’t accidentally tap on something to interrupt the playback.

Whether you are driving, walking, exercising, working on the computer, or fishing on the Kenai river, Camino is still effective at teaching you Spanish when you are unable to look at your mobile device.

Camino was created because we knew we could build an app that effectively teaches people Spanish.

It provides an experience that is unlike any other app out there, and it is designed to fit into your learning environment.