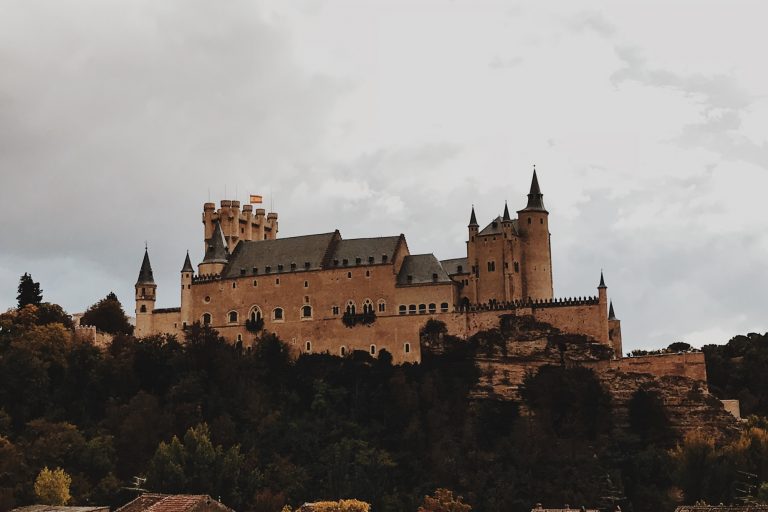 Spanish is the second most spoken language in the world, with almost 500 million people using it as their native language.

Although every country that speaks Spanish will have their own style (variety) of the language, at the core they are all based on the same original Spanish from the country of Spain.

There are twenty countries in the world that have Spanish as their official language. It may surprise you that there is even one African country in that list!

Below we list all of them, along with their location and some relevant information about each country.

Spain includes the main area highlighted in the map above, located in Southwestern Europe.

It also includes the Balearic Islands to the east in the Mediterranean Sea, as well as the Canary Islands to the southwest, just off the coast of Africa.

Argentina is located in the southern portion of South America, taking up the majority of the land in that section of the continent.

In terms of area, Argentina is the eighth largest country in the World.

Bolivia is located in the middle of South America, and it is one of the two landlocked countries in the continent, the other being Paraguay.

Bolivia is named after Simón Bolívar, a Venezuelan leader that helped to liberate multiple Latin American countries from the Spanish Empire in the early 1800’s.

Chile is a country with a unique piece of land, stretching from the middle of South America all the way down to the southernmost tip of the continent.

At its widest point, the country is only 217 miles wide, yet it is about 2,700 long from north to south.

Colombia is located near the top of South America, where Central America connects to the continent.

The country’s name is based on the famous Italian explorer, Christopher Columbus, which is written as “Cristóbal Colón” in Spanish.

Costa Rica is located near the southern end of Central America. The name translates to “Rich Coast”, and is believed to have originated when explorers and conquistadors reported encountering natives there with large quantities of gold jewelry.

This country has a fairly high rate of English speakers, at around 11%, but is likely much higher in the areas frequented by tourists.

Cuba is mainly comprised of the island itself, along with the small island to the south of its western end, called Isla de la Juventud.

The people of Cuba are known for their rich musical and dance background. These things are considered an important part of their culture.

The Dominican Republic occupies the eastern side of the island of Hispaniola, with Haiti occupying the western side.

The country is known as the home of Merengue, a type of music and dance that has become popular in many parts of the world.

Ecuador is located at the northwestern area of South America, just below Colombia. The name is a bit interesting, because it literally means “the Equator”, which is the 0 degree latitude line that runs through the country (among others).

Ecuador also includes the Galápagos Islands that lie to its west. These islands are famous for having many endemic species, and are considered the inspiration from which Charles Darwin developed his Theory of Evolution.

El Salvador lies in Central America, bordered by Guatemala and Honduras to its north, and the Pacific Ocean to its south.

This country is relatively small in terms of land area, being slightly larger than the U.S. state of New Jersey, for comparison.

Equatorial Guinea is located on the western coast of Central Africa, with Cameroon to its north, and Gabon to its east and south.

This is the only country in Africa with Spanish as its official language.

Guatemala is located in Central America, just south of Mexico. It also borders Belize to the east, as well as Honduras and El Salvador to the southeast.

This country has a large number of volcanoes for the amount of land it contains, at 37.

Guatemala is considered the birthplace of chocolate. Evidence has shown the Mayans local to Guatemala had been producing and consuming cacao (the bean used to make chocolate) as early as 450 BC.

Honduras lies just to the east of Guatemala, in Central America.

This country received its modern name from Christopher Columbus, based on his observation that the waters were very deep off of its coast (“hondo” means “depths” in Spanish).

Mexico is located south of the United States, with Guatemala and Belize at its southern border.

With its sizeable population, Mexico is the largest Spanish speaking country in the world. It is also the number one international travel destination for US residents, with nearly 40 million visitors from the US coming in annually.

Although it is a relatively smaller country, Nicaragua is home to the 19th largest lake in the world, Lake Nicaragua. An interesting fact is that this freshwater lake contains sharks.

Panama is a transcontinental country, as it is both part of Central America and South America.

Panama Canal is located here (clearly), and is a large source of income for the country, at about 2.6 billion dollars in 2019 alone. The benefit of the canal being that it allows ocean vessels to move between the Atlantic and Pacific Oceans without having to make the massive journey around South America or North America.

Paraguay is located in the middle of South America, and along with Bolivia, is one of the two landlocked countries in this continent.

This country has a second official language, Guaraní, which is the language of a native indigenous culture from the region. In fact, Guaraní is still taught at almost all public schools in Paraguay.

On the western coast of South America, directly north of Chile, is Peru.

At its eastern border with Bolivia, Peru shares the famous Lake Titicaca, which has a surface elevation of 12,507 feet!

Uruguay is positioned in the southeastern portion of South America, south of Brazil and to the east of Argentina.

It is named after the Uruguay River that runs through it.

Venezuela is a country on the northern coast of South America, to the east of Colombia and north of Brazil. It includes several islands just off its coast in the Caribbean Sea (not shown).

The country is known for its large petroleum industry, and significant oil reserves, though it has been suffering a significant economic crisis in recent years.

Those are the 20 countries that have Spanish as their official language. However, there is one remaining place that is not considered a country, but still stands out as an important location where Spanish is the official language:

Puerto Rico is an island in the Caribbean, located less than 100 miles to the east of the Dominican Republic.